Climate Change in Indian Media: Hot but not bothered?

Sarah started off the session with the question of rising to the expectations and challenges around the environment in India, especially as we find ourselves sitting on a timebomb and swaying between health or climate in domestic journalism.

Aruna presented the example of the Operation Green Hunt to emphasise that environmental movements have been on forever in India and conflicts had been reported on land acquisition or water shortage during the UPA 2 government and even before that. “But we don’t have dedicated people covering the subject of environment in India, and as a result, it is often left on the shoulders of freelancers.” It is required that we see the environment as a subject worth specialising in and to give it urgent editorial attention.

Nitin carried the conversation further by admitting that he was not so pessimistic about environmental journalism in India. According to him, Indian journalism in the context of where it stands - business models incapable of addressing challenges, lack of financing capacity for reporting on health and economic issues and a profession that generally seems to have become pedantic - Indian reporters have been more efficient than they’re given credit for. We have reports coming in from rural India on droughts, soil erosion and floods, in regional languages without subscribing to Anglo-Saxon jargon. In a lot of cases, environmental failures haven’t been adequately attributed to mal-governance or corporate maleficence.

Sanjay spoke from the perspective of environmental law and pointed out that judges or lawyers in India don’t understand the subject at all, making it difficult for good litigation to make news headlines. According to him, we still relate climate change to disaster in India, without examining the causes behind the making of the disaster. The legal fraternity hasn’t debated the issues very strongly yet, and judicial and legal bodies have largely been indifferent.

Sarah ended the session by asking the panelists if we should think about more interesting ways of disseminating information on climate in India. According to Aruna, it is possible to play with the format and access other social media platforms like Instagram or Facebook to maximise reach and interest, but editorial support is above all when reporting on critical stories. Without adequate funding, environmental journalists grapple with the problem of having to decode finance and other areas outside of their range, and are unable to access a multidisciplinary approach to deal with the complexities of environmental problems.

Nitin concluded the session by reminding the audience that in recent times, some of the most commendable work on the environment has come out of the global south. Funds coming in from the Western media require Indian journalists to write for them, which can often entail voyeurism or the need to enthrall a Western audience; this is precisely what makes it more important than ever to generate domestic funds for reporting on domestic environmental issues. 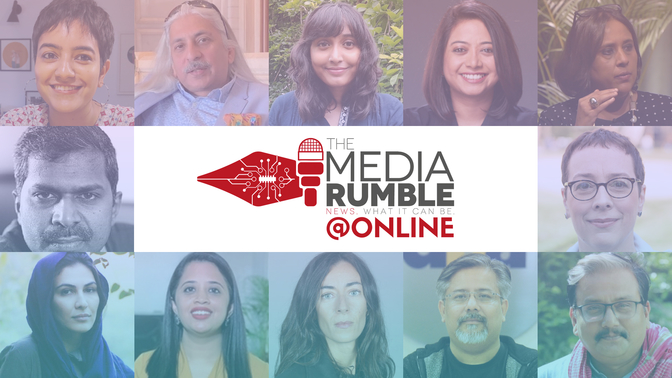