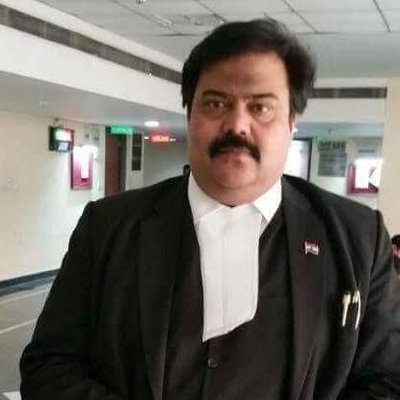 Shahid Ali is a law graduate from AMU, practising law in the Delhi High Court and the Supreme Court. He started his practice in 1995 when he enrolled in the Bar Council of Delhi and started under Justice Retired Sudershan Kr Misra. During the Pandemic last year in March 2020, he was appointed as the Spokesperson and Advocate for Tablighi Jamaat. As a part of his engagement with the Tablighi jamaat, he filed many PILs for release of Tablighi Jamaatis, when they were kept in illegal captivity for more than 50-60 days in the name of Quarantine. In addition to this he is the Spokesperson of Azad Samaj Party and the legal head of Bhim Army. He is the president of a movement called Waqf Liberation Movement and the National President of a registered Society, United Muslims Front.

Shahid Ali has been very actively involved in Public Interest Litigation. PIL’s by him include vacation of 990 waqf properties situated in Delhi, for assailing the acquisition of 320 waqf properties by Govt of India, which were acquired illegal by the Govt of India violating Section 52 of Waqf Act, challenging the name change of Aurangzeb Road in Delhi, the only petition in India. He was also the first few to challenge Triple Talaq before the High Court of Delhi. He also filed a PIL against the inefficiencies of Govt combating Dengue. Many norms, rules and regulations formed and formulated by the Court were suggested by him for effectively tackling Dengue. He challenged the Haj Committee Act and also pleaded for discontinuation of Hai subsidy by yet another PIL.

He has led many demonstrations of public importance. His scholarship includes work on Supremacy of Judiciary, Liberation of Waqf, discontinuation of Haj Subsidy to name a few.

Influence of media trials on investigations