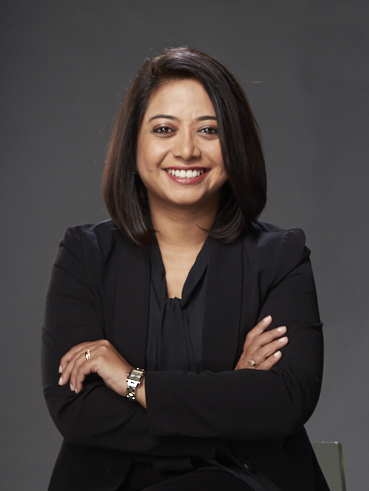 Faye D’Souza is an award-winning journalist who has changed the way news is covered on Indian television by focusing attention on the issues that matter to citizens rather than those that fuel the emotions of partisan debates. D’Souza’s calm, researched style of hosting prioritizes information over opinions. D’Souza’s focus on government accountability, responsible taxation, safety of women and children, education, health, and urban development has resulted in policy changes and shown the impact journalism has on changing the status quo.

She spent the initial years of her career at CNBC TV 18, where she reported on state policies, economic offences, and personal finance. She then joined the Time Network in 2008 and was previously the executive editor of Mirror Now. She holds a BA in journalism and English literature from Mount Carmel College and MA in mass communication from the Convergence Institute of Media, Management, and Information Technology Studies.

How Europe and India can partner on climate mitigation